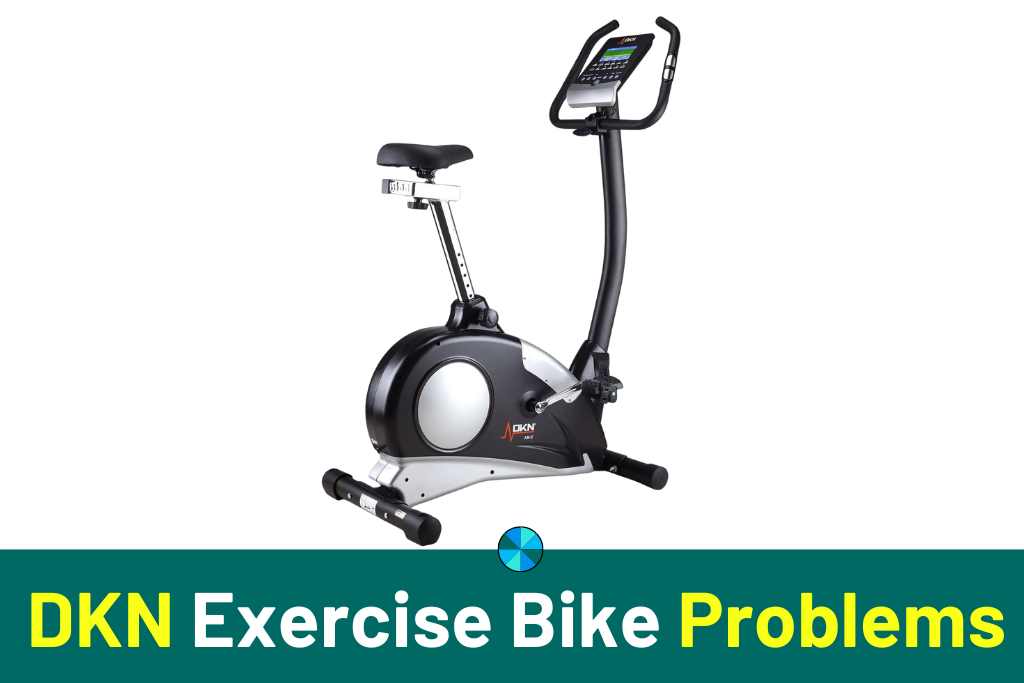 DKN is a serious contender in the exercise bike market, and now offers a range of models for your home gym. But are DKN bikes any good? What are the most common problems with DKN bikes?

Thinking about purchasing a DKN exercise bike or indoor cycle to work out at home this winter? There are a lot of options in the market these days, and for some bikes, you may be shelling out a chunk of change.

Read on for eight common problems with DKN exercise bikes.

What are DKN Exercise Bikes?

DKN bikes come in a range of models, from a basic exercise bike for those just getting started with home cycling, all the way to bluetooth-enabled machines that could be used in gyms. They also offer recumbent bikes.

Are DKN Bikes Worth the Money?

Many models of DKN bikes have received decent reviews for ease of assembly, features, and price point. Many of the issues faced by users involve their bikes breaking down and requiring in-home maintenance or replacement components.

In addition, many users report that their experiences with customer service were poor.

If you feel you might need help with set up, or just can’t stomach the idea of having to deal with poor customer service for a bike that may cost quite a bit, you may want to do some research.

Below are the 8 commons problems of DKN exercise bikes:

Users have complained that after several years of use, the motor shut-off may not work, resulting in the motor constantly running.

This issue may occur after the 2-year warranty period is up.

Other users report that the entire machine was faulty and wouldn’t work after set up. Several users with this issue reported that an engineer had to be sent out to fix the problem, or a new bike had to be sent out.

Some users of the crosstrainer bike experienced the plastic flywheel breaking due to the plastic being too weak to stand up to the use of the bike.

Several users reported that the heart rate monitor was not giving accurate readings. If you are using the monitor in your exercise regime, you will want to make sure it is calibrated correctly, and you are using it correctly.

The most accurate heart rate readings will come from bluetooth sensors that take readings from a chest strap. More basic models will use pulse readers in the handlebars, which are often incorrect or slow.

You can test the accuracy of these sensors by counting your pulse (yes, in an old school way) and comparing it to the tech reading.

Some users had a difficult time connecting the chest strap via bluetooth.

In addition, many users also noted that distance and calorie count readings were inaccurate.

Depending on your model, you may have a more or less sophisticated display. For some users, the display does not work upon set up.

While this is incredibly frustrating, it has also been difficult for these users to obtain a new display from the company.

Some users mentioned that the computer seemed “cheap and tacky” and that the buttons broke after a small amount of use.

Some users also report that the software on their lower-end models  is “clumsy” and somewhat confusing or annoying to use.

The bikes have a nice look that people seem happy to put in their home gyms, but be advised that in most models that sleek look doesn’t include a water bottle holder.

Noise is a common complaint about many brands of exercise bikes, and it is impossible to make them completely quiet, though DKN users have noted that at times the bike makes a loud “thunking” or “clicking” sound during intense workouts.

Some users also reported pedal noise after around a year of use, especially for heavy riders.

Many reviewers stated that their bikes worked for a while, but then when issues arose, the bikes would need to be returned to the company for repair, or a new bike would need to be shipped out as a replacement (the company offers a 2-year warranty).

Several customers noted that this process took a long time, leaving them without a bike for several weeks. If you have paid for this bike, and have gotten into a workout routine with it, you are not going to want to be without a bike for a long period of time.

That said, a few commenters noted that the in-home repair service worked much better and didn’t leave them without a bike for a long period of time.

Perhaps the most common complaints about DKN bikes are not about the bikes at all (though all the above issues are frustrating) but with the customer service that is supposed to fix all the issues that come up.

Many commenters noted that their bikes were still in warranty, so they should be fixed or replaced, though it was almost impossible to contact a person at the company to figure out how to get help.

Many noted that several emails were not returned, or a promised reply never came.

Many said they called several times, only to receive an automated message.

No exercise machine is completely perfect, though it’s a good idea to be aware of any issues that might arise when purchasing an expensive piece of equipment that you intend to use for years.

Echelon is a worldwide distributor of exercise bikes that come highly recommended by professionals and athletes. They are studio/gym quality and offer a host of models from which to choose. But...

No matter what kind of assault bike you possess, there are always a few typical issues that might arise. Additionally, this is not limited to exercise bikes, and you should be aware of frequent...