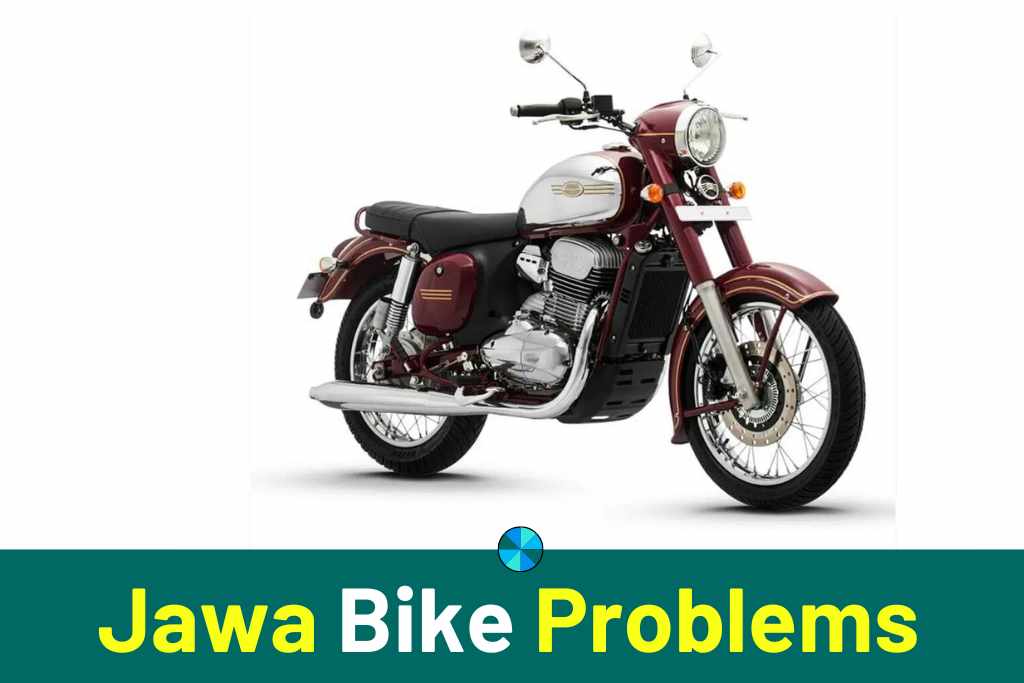 Jawa Forty-Two was named after the answer to the Ultimate Question of Life, the Universe, and Everything; but it is not as perfect as Douglas Adams’ writing. Nor is it the only Jawa model on the market.

Owning one of these bikes will not make you a regular hitchhiker, but it will face you with some of these 11 common problems with Jawa bikes.

Most of the problems with Jawa bikes are related to a few components that could have been a bit better.  But some are related to too high customer expectations and the company overpromising on some things.

Jawa was originally the Czech motorcycle company founded in 1929 when František Janeček bought the motorcycle division of Wanderer-Werke AG. In the mid-20th century, it became one of the top European bike manufacturers and exported its models to over 100 countries.

In 2016 Classic Legends Plc, a subsidiary of Indian automotive corporation Mahindra & Mahindra, bought and resurrected the Jawa brand of motorcycles. Since then they are produced in local factories.

Jawa bikes are reliable and solidly built bikes. But that doesn’t mean that they are without some problems you might face sooner or later. Some of them can be prevented with proper maintenance, but others require replacement parts. So, let’s dive into the details of these “dirty dozen”.

Jawa bike owners very often face a failed lambda sensor, a problem that becomes first noticed by the check engine light turning on. This sensor measures the amount of oxygen in the exhaust gases, and thus regulates the air-fuel ratio. A faulty sensor will make the engine run too rich a mixture, leading to damage to the catalytic converter from the ignition of unburnt fuel in it.

Certain series of Jawa bikes have very unreliable batteries. The biggest issue with them is a very short life span. The most obvious symptom of this is a failure to start the bike. But, other problems, such as sudden stud down of the engine are also something to look out for. Because the problem is repairable, the battery must be replaced.

The most common oil leak happens due to a failure of the head gasket in the area of the oil ports. The cause of this is the quality of the gaskets themself, as they are prone to heat damage, and Jawa engines are known for running a bit warmer than other bike engines. It can be fixed by replacing the gasket with a higher-quality one.

Older Jawa bikes had a good ground clearance but also had only a side-mounted kickstand. Since the models were redesigned for a centrally mounted one, the clearance was noticeably lowered. This creates problems when aggressively cornering, as the exhaust can scrape the road surface.

But, the new main kickstand can also easily scrape speed bumps and potholes.

Jawa bikes have water-cooled engines, but they do run a bit hotter than many of their competitors. This problem with the engine heat dissipation is the most pronounced when cruising at low speeds during the break-in period when the airflow across the radiator is not sufficient due to low speed.

This problem goes away on its own after a while.

Rust is a big problem for anything made of steel, especially if such a machine is regularly used in areas with high humidity. When it comes to Jawa bikes, there are parts of the bike where water can enter and cause rust if left to sit for too long. The most problematic part is the exhaust, as moisture can get between its parts.

Jawa bikes don’t have the most comfortable seats, and combined with suspension that is a bit on the stiffer side, riding for more than 30 miles on uneven roads can be very taxing. The stock seats are made to last for a long time of frequent bumpy rides, by being made extra stiff. If you plan longer rides, an aftermarket replacement is much better.

For all motorcycles, it is natural that very pronounced vibrations are felt at speeds above 65 mph. It happens with Jawa bikes too. But, what makes these vibrations problematic is that they are not only felt on footpegs and hands, but the mirrors shake too. And these vibrations make mirrors useless as you won’t be able to see the traffic behind you.

Something is wrong with the design of the fuel sensor, and during a ride, especially when cornering, the low fuel light can light up even if there is a decent amount of fuel in the tank. Neither owners nor mechanics know what is the exact cause of this behavior. But the thing is that when the bike is upright and motionless, it works as expected.

The manufacturer advertises up to 90mpg fuel economy, but this is much above what owners are experiencing in the real world. Manufacturer figures are always different from the real world, which is a shortcoming of the method of how they are calculated. But in Jawa’s case, the real-world economy is much lower than expected, around 60mpg.

A very common problem, which the manufacturer has yet to find a solution for is moisture ingress in the console meter. Just riding the bike once in the rain or washing it can cause fogging very soon after the bike gets wet.

While the bikes are structurally sound, and you do not have to worry about the welds’ integrity, many people see them as problematic. Particularly on the front telescopic forks. The reality is that they are a bit sloppy done, and not finished after the fact to make them prettier.

Besides these 12 common problems with Jawa bikes, there are some other occasional issues owners complain about, such as wheel chain rusting, clutch cable braking, or chain tensioner not working properly.

Every bike has its fair share of issues; the trick is finding out what those quirks are so you can prevent them or at least know the maintenance you'll have to keep up with to get the best...

Do you have your heart set on a new motorcycle or scooter from Hero Bikes? So many fun options–not to mention all the other accessories and gear you can buy from Hero. But what if you change...