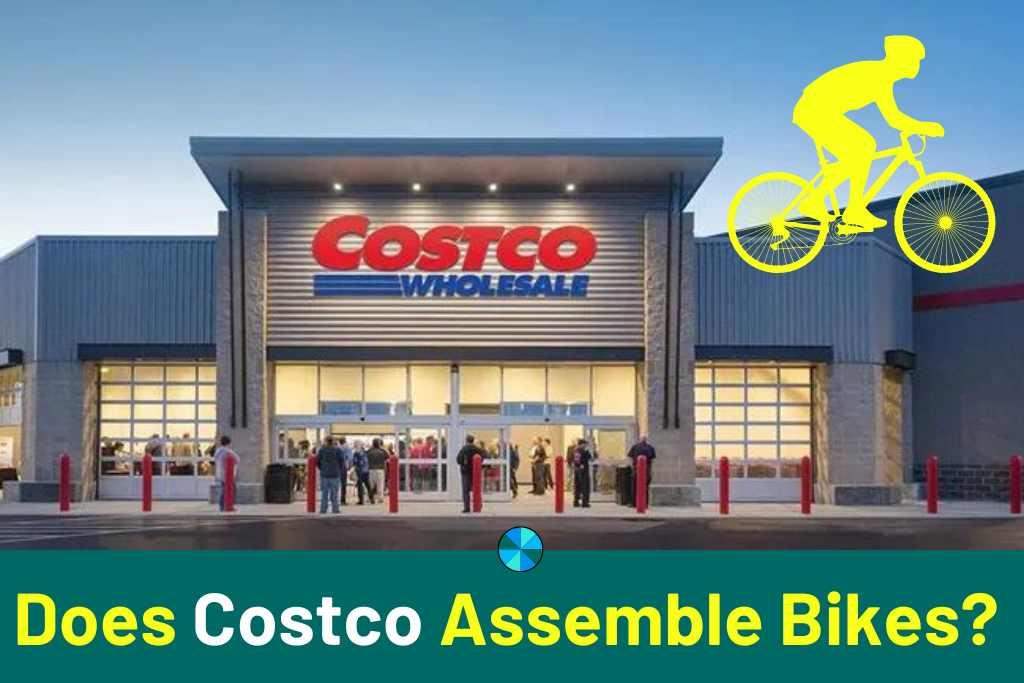 Costco sells everything and while their offerings are very convenient to their members, other things leave much to desire. Such is the case with their bicycles, which they do not have preassembled prior to purchase.

So, does Costco assemble bikes? Yes, they do! But you may not want to attempt them setting it up for you. This is because they do not properly train their employees for bike assemblage. Here, we’ll tell you all you need to know about Costco’s bike assembly and what to do if you want to make a bike purchase from them.

About Getting a Bike Assembled at Costco

Each Costco location is individual and separate from one another. Even though every location will assemble a bike, not every employee tasked with assembly will do it correctly.

Costco does not provide proper or adequate training. So, you don’t know who’s putting your bike together and what that person’s experience level is with bike assemblage.

Therefore, if you want Costco to assemble a bike you bought from them, you are going to have to make some inquiries about the people putting it together.

While it may seem awkward or invasive, your purpose is to ensure the ultimate in safety. Be sure to ask things like:

If you peruse online accounts of people’s experiences with a Costco assembled bike, there are horror stories across the board.

While the bike may look good upon first receiving it, it doesn’t take long to discover the vapid problems that abound with the bike.

Whoever puts them together often reverses the direction of bars, handles, and pedals along with spotty jobs in ensuring the security and stability of all nuts, bolts, and screws.

Parts are often upside down, thereby making the bike difficult, if not impossible, to operate.

Other problems include faulty brakes, wheel wells being too tight, and failure of certain aspects with electrical bike features, among many others.

All of these have resulted in severe injuries that didn’t have to happen.

Basically, Costco does not ensure their assemblies are in good working order or condition before they leave their store.

It’s painfully obvious that they do not do a final check and tend to overlook the quality of their assembly.

So, if you choose to use Costco’s mechanics to assemble your bike, proceed with great caution.

Consider Someone Else to Assemble the Bike

When in doubt, you should have someone you trust to assemble the bike. It’s the best way to avoid problems that may or may not include serious injury while the bike is in operation.

If you can’t do it yourself, take the newly purchased bike to a professional. You will probably pay additional money for them to do it, but it will be worth it.

However, if you’re going to enlist the help of a professional bike store, you might be better off just buying a new bike from them. Oftentimes, they’ll include free assembly as part of your initial purchase.

So, when looking at bikes from Costco, consider your capabilities and resources in being able to put it together.

Assembling the Bike Yourself

The good news is you can opt for Costco not to assemble the bike and you can simply do it yourself. While they have assembly instructions for most bikes they sell, not all come with them.

Therefore, when shopping in-store or online, make sure the bike you’re looking at has such instructions.

Alternatively, you can look up the brand of the bike and go directly to the manufacturer’s website for assembly instructions.

If they don’t have them available online, you could call or email the company to see if they have some instructions, they can send to you.

You could also peruse the innumerable online videos through various social media sites showing you how to put your bike together.

You can watch and re-watch the videos to ensure sure you know what you’re doing. Even when you’re secure in the knowledge, it’s not a bad idea to allow the video to play during your assembly of the bike.

Read also >> Does Target Assemble Bikes? (All You Need To Know)

While Costco does assemble bikes, it’s not advisable to have them do so. There are far too many problems, and the risk of injury is absurdly high.

So, you’re better off having someone else assemble it or simply doing it yourself.

If you aren’t confident in your own capacity to put it together, you can take the bike to a professional to do it.

However, you might be better off just purchasing the bike from a bona fide bike dealer to ensure the assembly is correct, solid, and safe.

Are you interested in buying a new bike and are wondering what size bike you need? Well, we have done a lot of research and compared tons of bicycle size charts out there. Choosing the right bike...