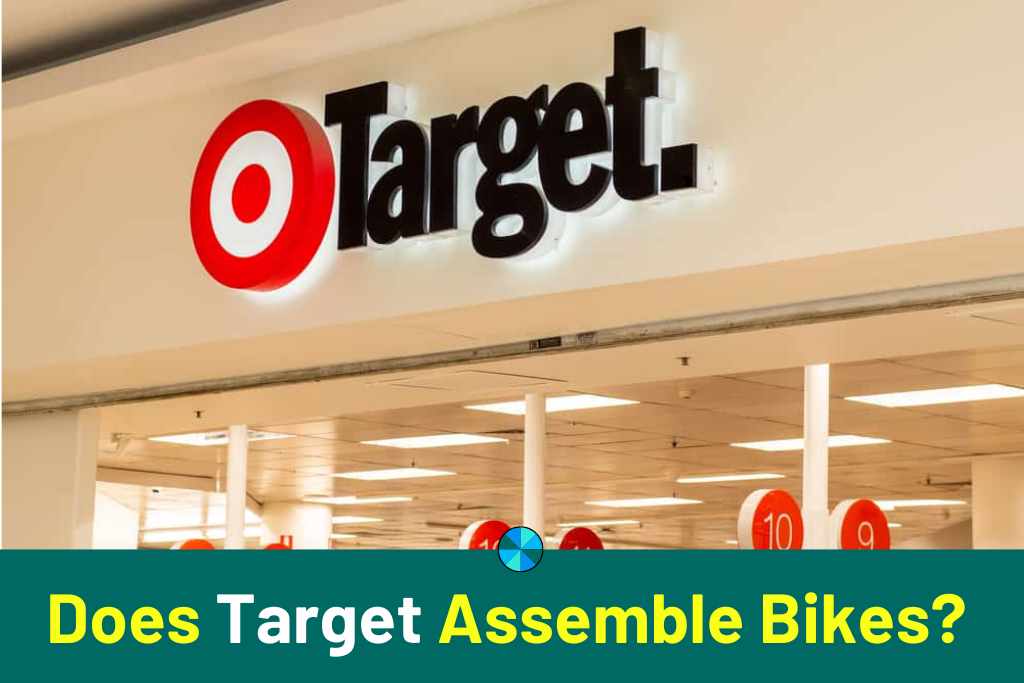 Buying a new bike can seem like a very complicated process these days with so many options on the market, and quite a number of them being self-assembly or flat-pack. You might be wondering: does Target assemble bikes?

Target stores sell pre-assembled bikes, and they will assemble them for you if they only have boxed bikes available. The assembly itself, however, is not always perfect.

Read on to find out all about the assembly process for bicycles at Target, and whether or not their bikes are actually worth the low price at the checkout.

Before we get into the bikes that they sell and the assembly that they offer, we should quickly talk about what Target does.

Target runs a chain of big box department stores across the US. It is the seventh largest retailer in the country, operating almost 2,000 stores and employing over 400,000 people. They specialize in cheap prices and mass production, and they offer almost anything that you can imagine.

When it comes to their bikes, you can’t expect them to be top-of-the-range. They are very reasonably priced, but that means that they are not exactly of the highest quality and individual Target stores are not equipped to operate like a fully functioning bike shop.

Read also >> How Much Weight Can a Bike Rack Hold? (You´ll Be Surprised!)

There are two options for bikes that you can buy from Target: self-assembly or pre-assembled.

In-store, all of Target’s bikes that are 20” or larger will be assembled and should be displayed on the bike rack. If you can’t see what you want, you can talk to Guest Services to see if any might be stored in the back. Bikes that are 12” to 16” will always be sold unassembled in the box.

Any Target bike that you buy online and get delivered will always come with some assembly required, but some Order and Pickup items might be pre-assembled if they have the stock.

Will Target Assemble Bikes For You?

So, what if you want to get a bike in a Target store but they don’t already have an assembled option ready to sell?

Usually, if Target has a boxed version of a bike in their store, they will assemble it for you on request. You will generally be asked to come back a little bit later to pick up your assembled bike. If you buy a bike for Pickup and it is not already assembled, you can usually ask for them to do it for you.

Target will not assemble bicycles that are not being purchased directly from one of their stores.

Additionally, you can always contact the Target store directly if you have any questions about assembly.

Do You Want Target To Assemble Your Bike?

Although Target will assemble a bike for you in-store, it might be worth thinking about whether you want them to.

The bikes that Target sells will almost always arrive at the store in their boxed state, with some assembly required. Then, it is up to the Target employees to put them together.

Target does not have a dedicated staff of qualified bicycle mechanics in their stores. You do not know exactly who is going to do the job of putting everything together, and that is a bit worrying.

Incorrect assembly can mean that your bike is unsafe, likely to become damaged, or even completely unusable.

Many customers have reported significant issues with the quality of the assembly that you get at Target, including major problems like installing the fork the wrong way around.

It’s very hit-and-miss. You might be lucky and have had the bike assembled by someone very careful and highly skilled, or it might have been someone with no knowledge whatsoever.

Can You Get Your Bike Assembled Elsewhere?

It might be safer to request an unassembled bike from Target (or elsewhere) and have it constructed by a professional.

Almost any local bike shop will happily assemble a bike for you for a reasonable fee, typically around $75. This will come with checks and assurances for safety, particularly in critical areas like brake adjustments.

If you want to avoid that cost, however, you could always assemble it yourself. Many self-assembly bikes are designed to be put together at home with a few simple tools, and you will know exactly how carefully the job has been done.

How To Assemble a Bicycle Yourself

Every self-assembly bike will be slightly different, so you need to make sure that you are carefully following any and all instructions that you are given.

The process usually takes about half an hour, but it can be longer if there are more complicated steps that you need to follow.

For most self-assembly bikes, the basic process is relatively straightforward.

So, does Target assemble bikes? They will assemble basically any bike that you purchase in one of their stores and will usually be happy to assemble a bike that you buy through Order and Pickup as well. Bikes that are delivered to your home, however, will not come assembled.

Although Target will do the job, they might not always do it very well. It might be worth getting your bike assembled by a professional or doing it yourself to be sure that it is completely safe and has been carefully put together.

VIEW POST
link to How Much Weight Can a Bike Rack Hold? (You´ll Be Surprised!)

People ask, how much weight can a bike rack hold? Whether you are planning your first cycling holiday, or you have just bought a new bike, now you just need to find the right bike rack for your...